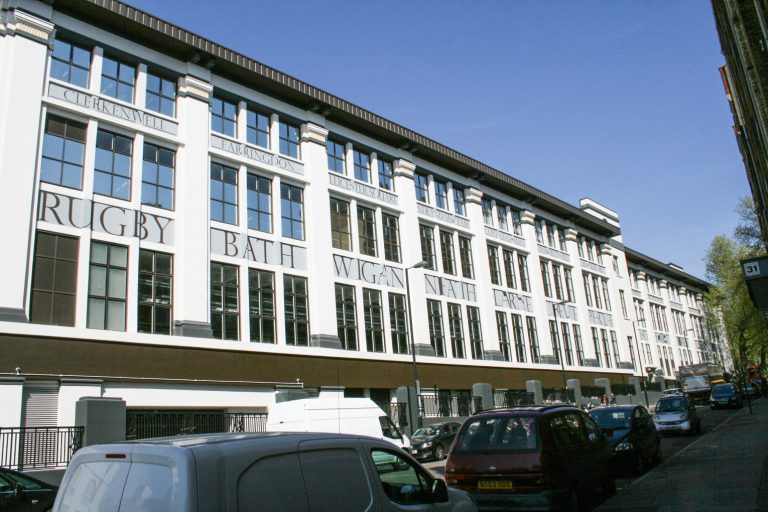 Cemplas Waterprooﬁng and Concrete Repairs Ltd who have 45 years of experience and extensive knowledge of refurbishment projects since their formation in 1969, successfully negotiated the £1.8m façade package for the refurbishment of Royal Mail’s Mount Pleasant operational site in London.

The Old façades to the two main complexes on the site known as the POB
(Public Ofﬁce Building) that incorporate a large operational Post ofﬁce Counter, and the LOB (Letter Ofﬁce Building) where mail and parcels are sorted and distributed using the very latest technology, had been surveyed in 2009 by the RSK group, however the extent of required repair work was far greater than the surveys had originally indicated.

The complexities of the project required Cemplas having an extensive site management team in place, and at varying times a labour force in excess of 70 site operatives as this was the largest Concrete Repair project being carried out in Central London, if not the UK.

The execution of the works were fraught with difﬁculties in terms of logistics and phasing as the Royal Mail Centre was to remain fully operational throughout the entire process which required extensive planning on the part of both MACE and Cemplas.

Mount Pleasant mail centre is one of London’s most prestigious buildings, and Cemplas are justiﬁably proud of its achievement in completing this project to such an excellent standard which stands as a testament to Cemplas’ ever increasing reputation, and a excellent example of large scale façade repair and refurbishment.

Royal Mail regional operations director for London said: “Mount Pleasant’s transformation reﬂects the massive change being undertaken across the whole company and is the key to place the company on a sound, secure and stable footing to provide a truly world class postal service that is ﬁt for the 21st Century.”