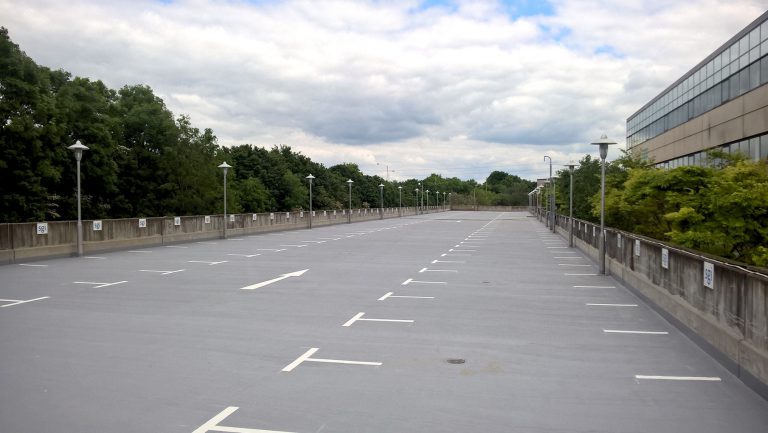 It was upgraded 17 years after having been originally waterproofed by Cemplas using a Tremco deck waterproofing system in 2000 when first constructed. The existing Tremco waterproofing had reached end of service life and required replacement. Given the client’s primary requirement to keep any disruption from works to an absolute minimum, Tremco’s latest rapid-curing methyl-methacrylate decking system was specified. The decking works were carried out in two sections allowing half of the spaces to remain in use during works. The ramps at either end of the car park had to remain open constantly and were re-waterproofed outside of office working hours.