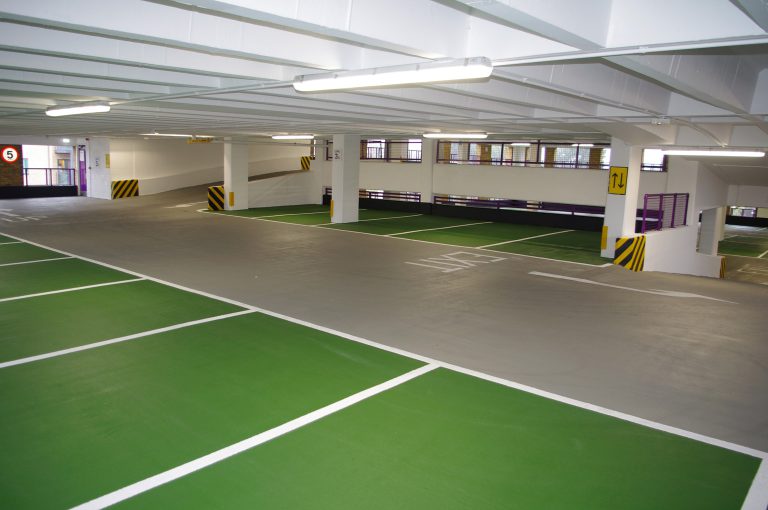 The existing asphalt rooftop deck – 1800m2 – was re-waterproofed using Sika’s rapid-curing Sikafloor Pronto system applied directly onto the existing asphalt layer being a much more cost effective and practical solution rather than having to remove and replace the existing damaged asphalt layer. The stairwells were completely refurbished along with the external façade metalwork and signage was upgraded throughout.